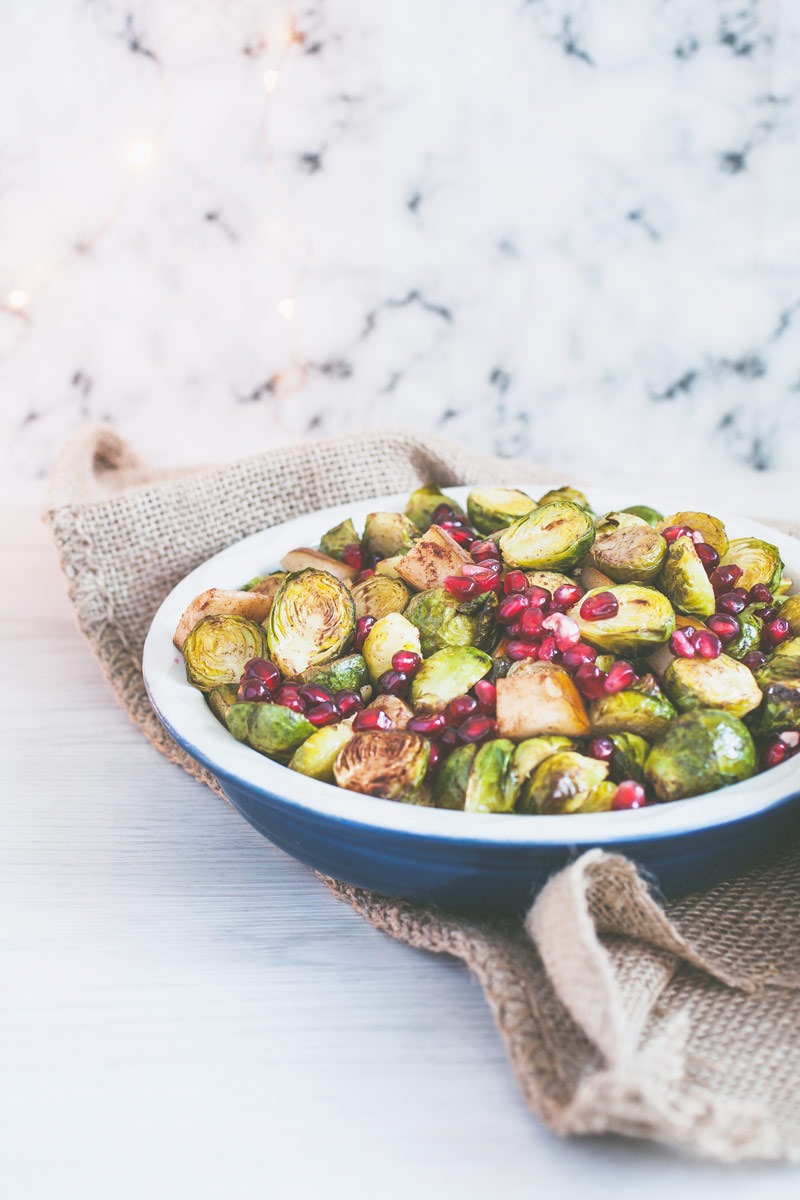 I know what you are thinking! Cinnamon and brussels sprouts? Crazy! Well, there are many crazy ideas that turn out to be brilliant. This Christmas, spice up your brussels sprouts and enjoy the delicious flavours of this very festive variation of the classic side dish. Here are my vegan Cinnamon roasted brussels sprouts with pomegranate.

Brussels sprouts are not exactly most people’s favourite vegetable, but these leafy green balls are part of the British Christmas traditions and they are a must at your Christmas Eve’s dinner table. While normally they are served with cranberries or bacon or other slightly more conventional ingredients, my ones are roasted with cinnamon!

Not just cinnamon though. In this recipe the mini cabbages are roasted, then coated with honey and are also accompanied by warm pears and fresh, sweet pomegranate seeds. Bonkers and delicious. Somehow the combination of all these flavours adds even more festivity to this side dish and the honey caramelises the brussels sprouts in a lovely way. I guess you just have to trust me on this one! 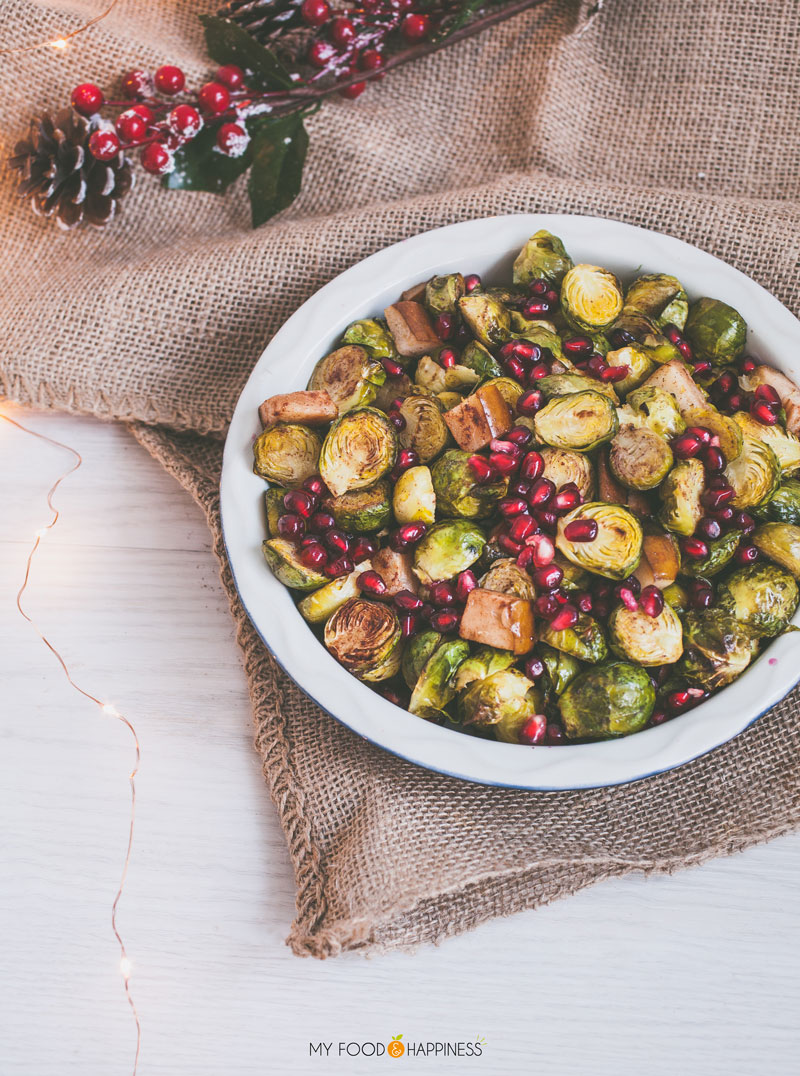 Here is how you can make this vegan cinnamon roasted brussels sprouts recipe.

This is a big batch of brussels sprouts, assuming for a few people. Reduce the ingredients slightly if it's just for one or two people.

3.1
https://www.myfoodandhappiness.com/cinnamon-roasted-brussels-sprouts-pomegranate/
« How to make an avocado rose to up your instagram game
Easy Lentil Pumpkin bowls (Vegan and Gluten-free) »