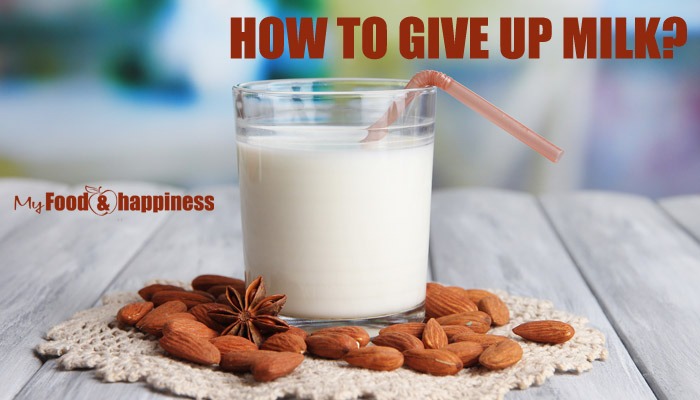 There are many reasons why people decide to give up milk, which I discuss in the Milk & Milk Alternatives Guide. Milk is not necessarily unhealthy but there are many ethical and environmental issues which drive people to milk alternatives, not to mention those that have trouble digesting it. Actually about 75% of the population have that problem but many just ignore the symptoms. You shouldn’t give up milk, unless you believe there is a reason you need to do so, it’s a personal choice. If you are wondering how to give up milk, here are some tips o help you adapt. 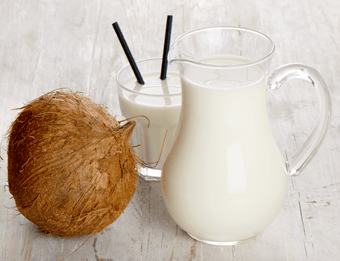 Start by experimenting with different milk substitutes. Try nut milks like coconut or almond milk, grain milks like rice or oat milk and see which one you like the most. It might not be just one milk you like, you can switch between a few. I buy almond milk when I want a more creamy milk for my coffee but I also like the mix of coconut and rice milk for muesli as it adds an amazing coconut flavour.

When you start experimenting with new products, always read the ingredients list as most of the nut milks have added sweeteners and preservatives that should be avoided. Also, look for a product that is easily available to you in a shop in you area, you can also find many online but you will have to order them regularly depending on your consumption.

Another factor to consider when choosing your new milk is nutrition. If you want to replace the cow’s milk nutrition, probably the closest one is almond milk as it has the same calcium values. It doesn’t contain as much protein but if you are on a real food diet I am sure you have many other protein sources. Coconut milk for example is a source of vitamins C, E, B1, B3, B5 and B6. It also has a ton of minerals including calcium but not as much as almond milk. If for example you are after more protein than soy milk is probably closer to the cow’s milk protein levels, however if you are buying soy milk always choose organic as most of the soy produced worldwide is GMO. Another controversial theory regarding soy is that it could possibly have a hormonal effect if consumed daily due to its high estrogen levels.

Depending on your taste and nutritional needs, choose the milk alternatives that work best for you and if it’s missing protein or another important nutrient than find other daily sources of it, there are plenty!

There are many milk alternatives available, here are some links to my favourite:

Adjusting to the new taste

This is the tricky part, some people find it easy to just switch to a milk substitute but most of us find it challenging as naturally we are looking for the exact same taste of the cow’s milk which we have consumed for years. None of the milk alternatives taste exactly like cow’s milk so you will have to learn to like the new taste. This might take some time but once you are used to it, it will not taste weird and it will feel normal. I would even suggest not consuming regular milk for a few weeks so that you can really adjust to the new taste. I remember drinking cow’s milk for the first time since I had switched to milk alternatives for some time, I had completely forgotten the taste of it and I actually didn’t like it because now I liked my almond milk better! 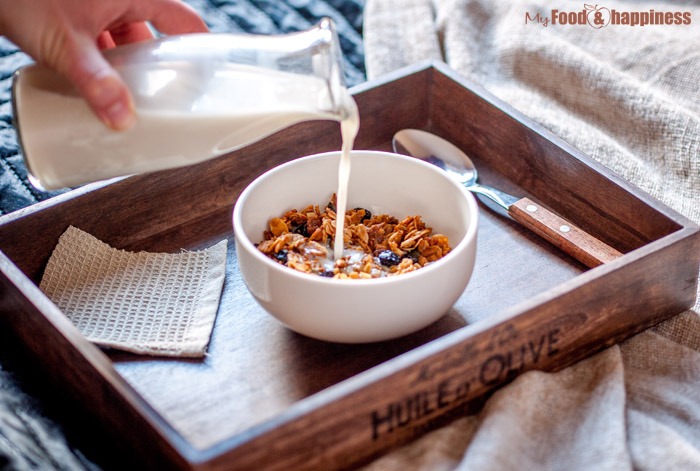 My fridge hasn’t seen cow’s milk for a long time. That’s not to say I haven’t had it in that long but just not at home. In rare occasions I may have some milk in my coffee if I am having it outside and there is no other alternative. I wish there were more places where they offer milk alternatives besides soy milk.

Again, I am not saying you have to give up milk but if you do realise that one of the issues I discuss in the Milk & Milk Alternatives guide applies to you, than the above tips might help you when you start your transition.