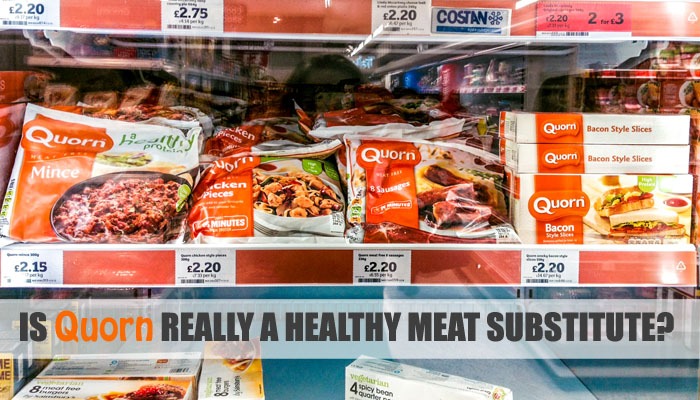 One of the first processed foods that amazed me when I came to the UK some years ago was Quorn. Quorn is sold in 16 countries around the world and it’s famous for being a high-protein and low-fat meat substitute. I was curious, if it’s not made from meat and it’s not made from vegetables, what is it then? I read the label and its main ingredient was ‘mycoprotein’. It definitely didn’t sound like something that grows on trees!

So what is ‘mycoprotein’?

I began researching and found out that initially Quorn referred to their main ingredients as a ‘mushroom protein’ which was eventually changed to ‘mycoprotein’ as it is a more accurate description. Mushroom protein sounds like protein that was extracted from mushrooms but this isn’t quite right. The truth is that mycoprotein is just a fungus. Yep, a fermented fungus that grows incredibly quickly and it’s fed with glucose and other waste products of other foods manufacturing, such as cereal. Here is the official definition for it from the mycoprotein.org website:

“Mycoprotein is made in fermenters similar to those found in a brewery. It’s made by adding oxygen, nitrogen, glucose and minerals to a fungus called Fusarium venenatum”.

Even they can’t make it sound nice! Fusarium venenatum is edible, but is seriously questioned due to the numerous reports for allergy reactions and digestive discomfort. If you don’t believe me, have a look at the CSPI site where you can read about people who suffered serious reactions to Quorn products. The CSPI says: “CSPI urges consumers to avoid Quorn and urges natural-foods retailers like Whole Foods not to sell this product that is dangerous to sensitive individuals.”

Quorn products don’t just contain fungus. The mycoprotein can’t be sold as food on its own so it needs a lot of extra ingredients to make it look like a finished product that imitates meat. Added colourings, artificial flavours, gluten, yeast, starch, acids, gums and many other! Surely all of these ingredients can’t be classified as healthy!?

The other thing I am very curious about is how on earth are these products made to taste like chicken and beef with “natural flavours from non-meat sources”? What kind of natural ingredient tastes like chicken besides chicken? I don’t want to sounds too judgmental because I know that the main reason people like Quorn is because it’s a convenient product. I know it will take more time for you to prepare a veggie burger than it will to buy and cook the Quorn sausages, but is it really something that should be considered healthy? 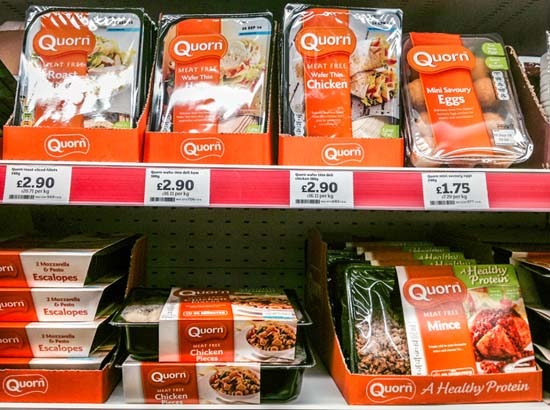 Not only it’s vegetarian, which people automatically assume is healthy, but it is also high in protein, low in fat and on top of that it can help you lower cholesterol! This fungus sounds like magic food! Many modern researches show that high-fat and low-carb diets, excluding trans fats, are much more successful in terms of weight loss than low-fat and low calorie diets. I talk a lot about the low-fat illusion and the processed food industry in general here:

What does healthy eating really mean?
Processed food and why is it the main cause of obesity? 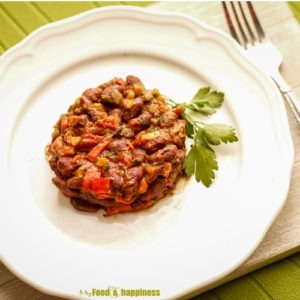 Truth is that mycoprotein is not something you would eat unless it undergoes serious processing and is combined with many other ingredients to create its texture and flavour. I don’t believe this is a healthy food, no matter what it says on the package. It’s a highly-processed, artificial product that is far from natural.

If you are not vegetarian and you are simply choosing Quorn products because you think you are making a healthier choice, I suggest you avoid it and buy local, organic and/or grass-fed lean meat cuts instead. Meat is much healthier and more natural than Quorn, even though it has a higher fat content. However not all meat is healthy and it depends on the way the meat is cooked. You can read about the requirements for meat to qualify as healthy in the introduction of the Meat guide.

It’s great that more people are looking for meat-free alternatives and I completely understand why, as a person who eats vegetarian food 80%-90% of the time. We consume way too much meat and by doing so we support an industry that is incredibly terrible. So if you want some truly healthy meat-free meals than why not cook some delicious high in protein lentils, beans or maybe quinoa? None of these healthy meat alternatives will come ready and pre-cooked from the supermarket freezers in the shape of a sausage, but healthy food requires a bit of extra effort and you get to cook it yourself so you know what all of the ingredients are. :) 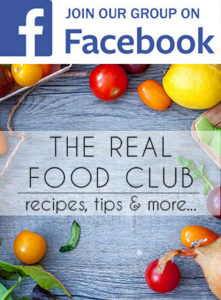 I would like to make a short announcement and let you know that I have launched a new Facebook group that is open for anyone to join! If you have any questions about healthy eating or you simply need more wholesome recipe ideas, join The Real Food Club. In this group I collaborate with some of the best food bloggers out there to bring you interesting healthy food related content!

Looking forward to meeting you there, come and say Hi!