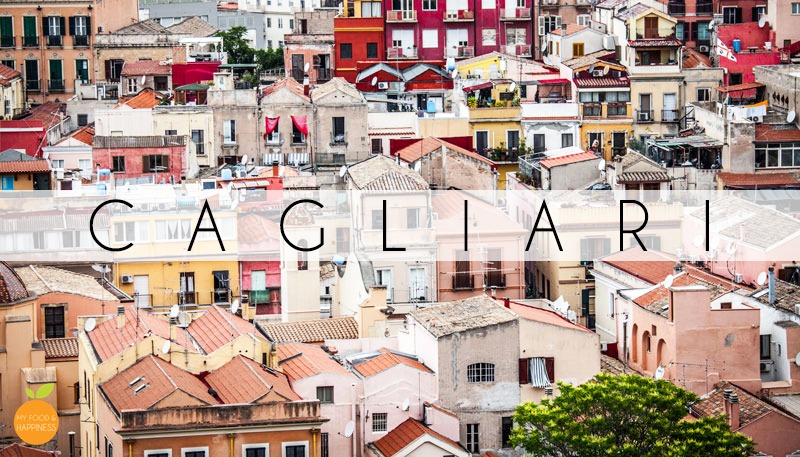 Sardinia is famous for its beautiful beaches and stunning mountains, but this island is also home of a truly magnificent city – Cagliari. I strongly suggest that you find some time to visit the capital of Sardinia, a city full of history, Italian charm and four colourful districts: Stampace, Castello (old town), the Marina and Villanova. Here is what you can expect to see in Cagliari in a day.

I have to admit that before I started planning my trip to the island, with the main purpose of seeing the most beautiful beaches in Sardinia, I had not heard of Cagliari before. I didn’t think we will be doing any city explorations during our trip, but I was wrong. This city will be the most unexpected cultural break during your summer beach holiday in Sardinia! 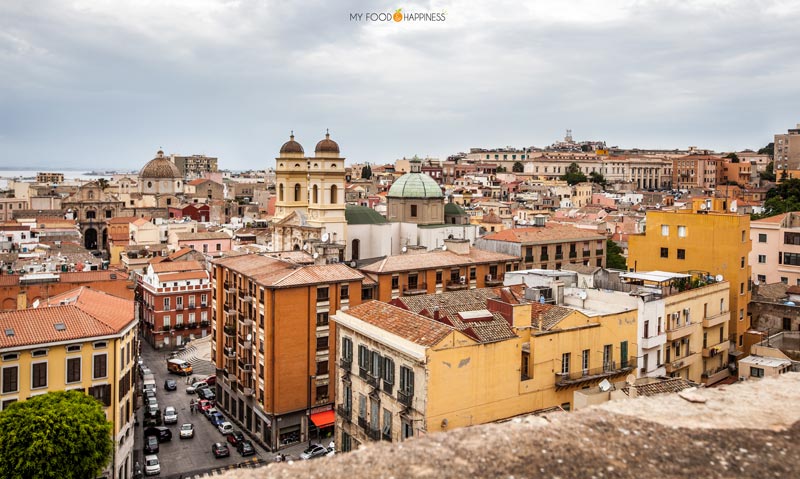 Cagliari is made of a couple of main districts, each featuring a blend of history, culture and lots of shabby chic. The old, colourful buildings and the abundance of cafes and gelato shops make the walk through Cagliari a truly enjoyable experience.

Cagliari reminded me of another very famous Italian city – Venice. Although there are no canals in Cagliari, the tiny streets, the colourful buildings and the variety of freshly washed laundry hanging from the windows brought memories of Venice somehow. Check out the pictures from my 1 day visit to Venice and I am sure you will see the similarities. 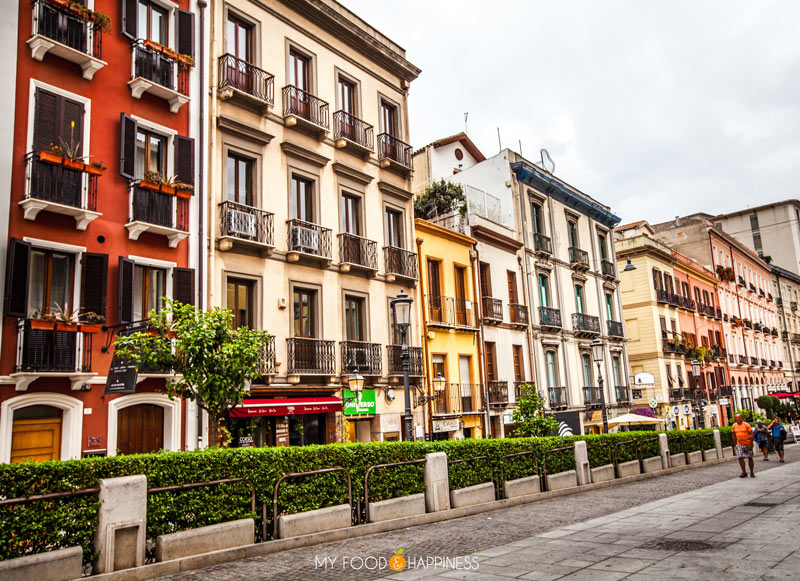 The Stampace district is where we were staying. We rented an apartment on Via Mameli and it was a really good starting point for our city walk. This district is a more modern part of the city with lots of residential buildings. One of the main streets in the area is Corso Vittorio Emanuele II, full of cafes, tapas bars and other food shops. It seems like an ideal place for a drink after work with friends. The street is narrower at the beginning and gets wider as it gets closer to Piazza Yenne. 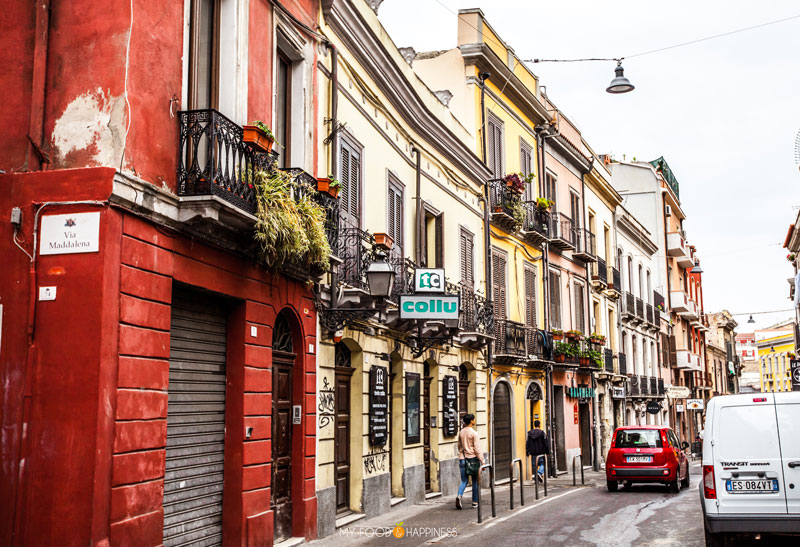 Piazza Yenne is a busy square with lots of cafes and it appears to be a meeting point for many people. From here you can either go south and explore the Marina district (more further below) or you can start exploring Castello – the old town. If you would like to dive into the ancient part of town from there, I recommend going up this narrow and not so busy street Scalette di Santa Chiara. It starts right from the Piazza Yenne square. 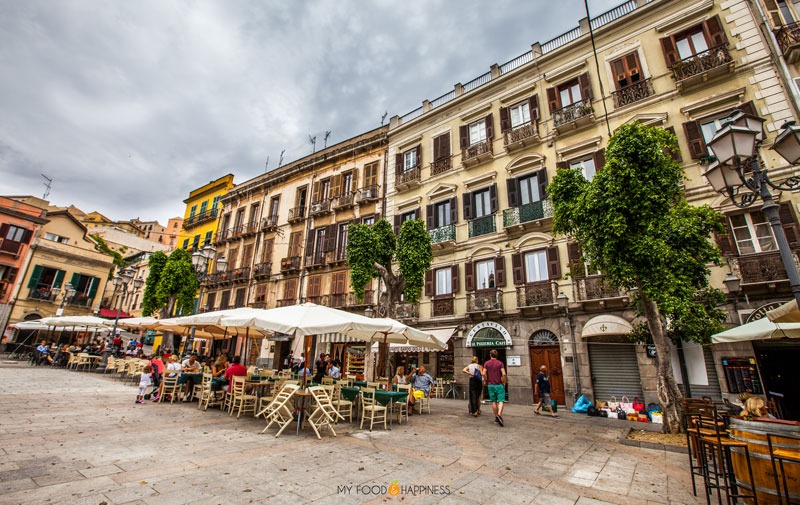 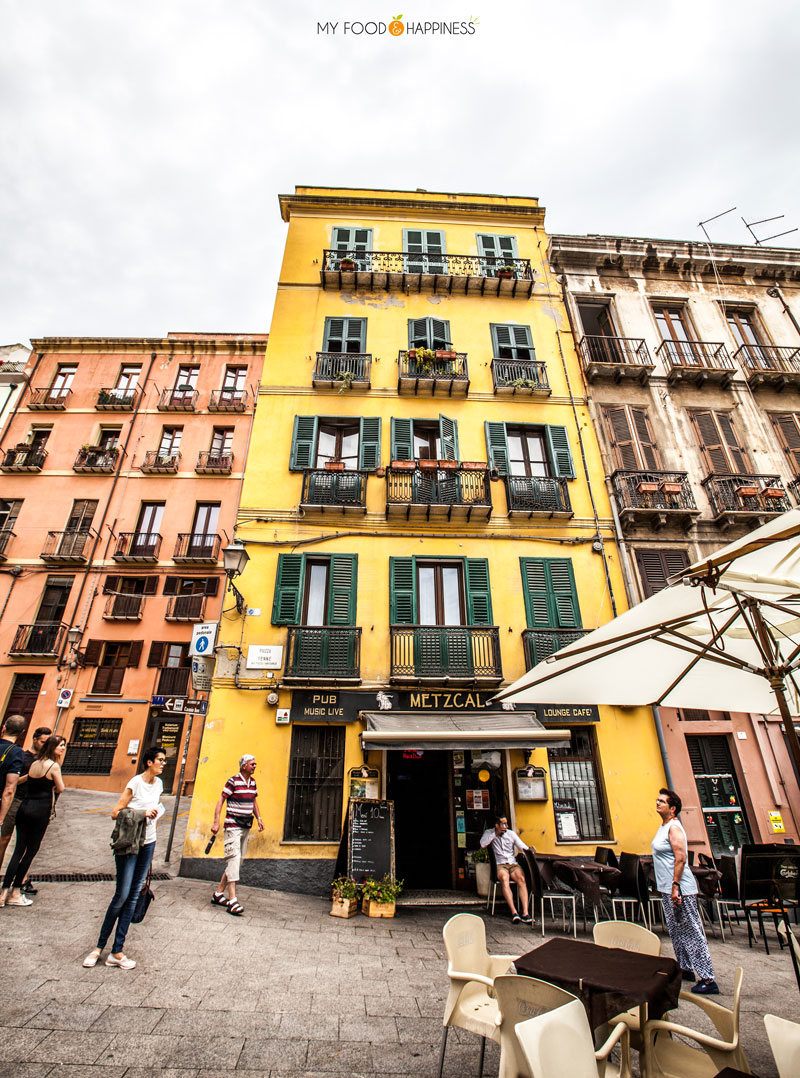 The Castello district (The old town)

Once you go up the Scalette di Santa Chiara, you will end up right next to one of the magnificent towers of Cagliari –  Torre dell’Elefante (Tower of the Elephant), which was part of the city’s fortifications. From here you can start your walk through the really ancient and charming streets of Castello. I recommend just to get lost in the maze of ancient little streets as this is where the true beauty of this city is. 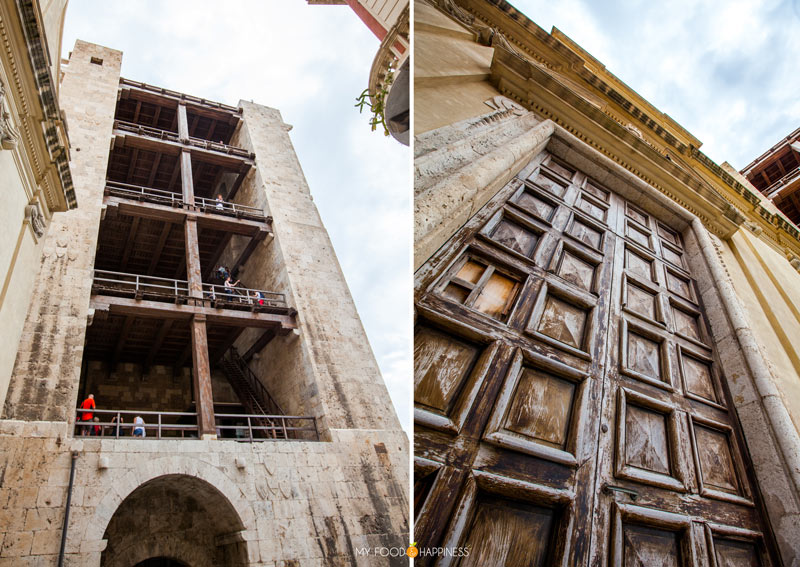 Torre dell’Elefante (Tower of the Elephant) 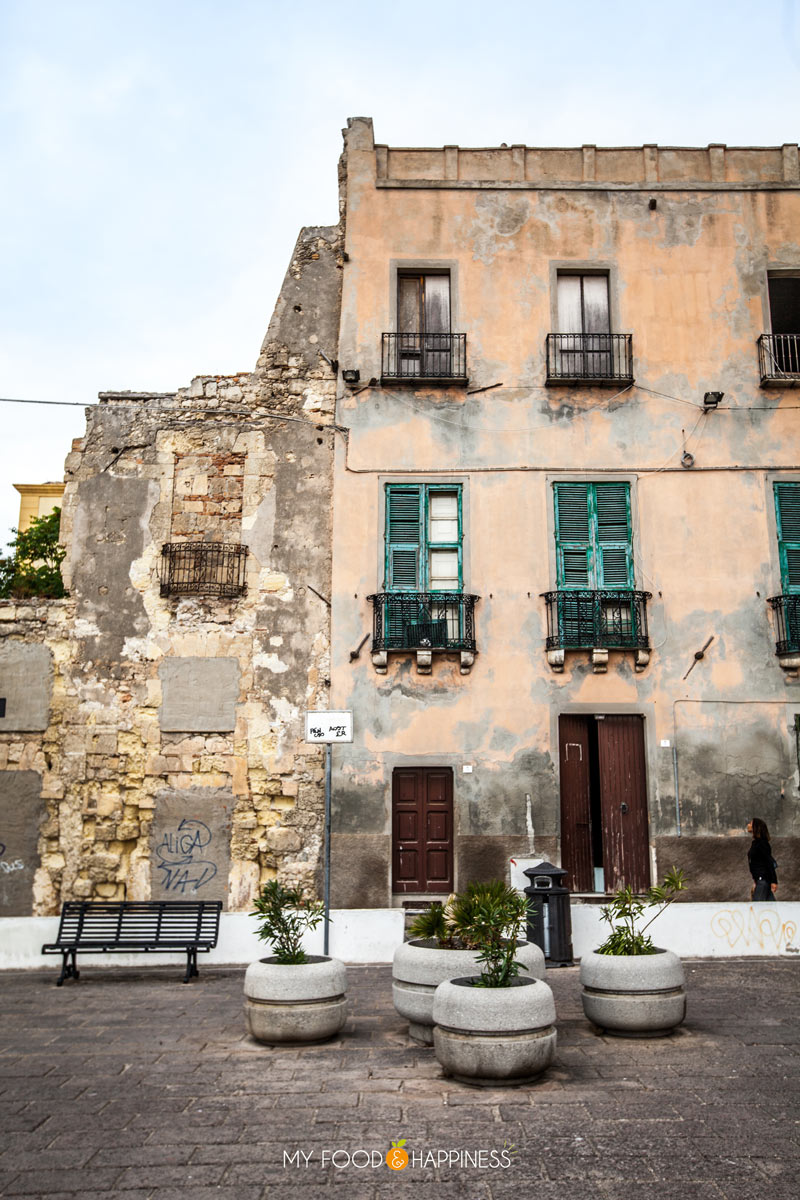 Old house next to Piazza dell’Indipendenza 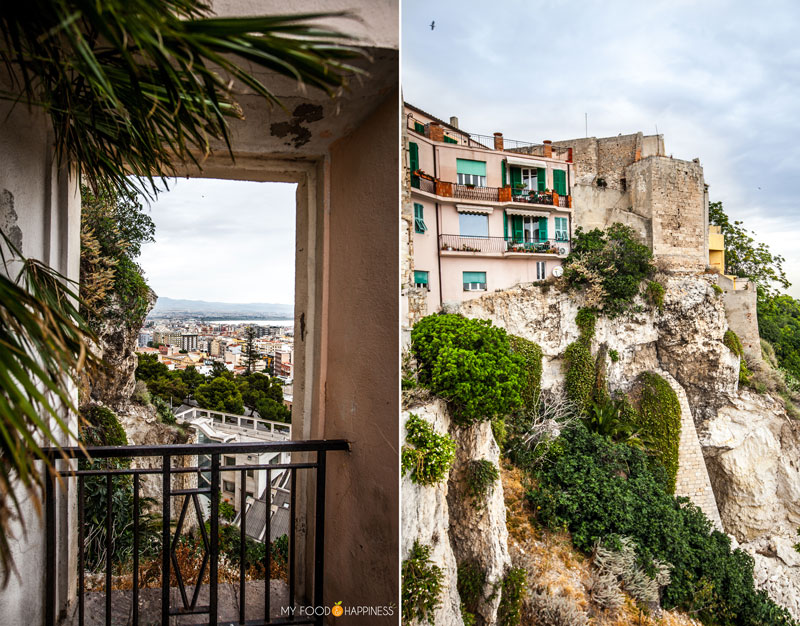 Some of the views from Piazza dell’Indipendenza

Another spectacular place with a view is Panorama dal Bastione di Santa Croce where I took some of these pictures of the beautiful, shabby houses of Cagliari. 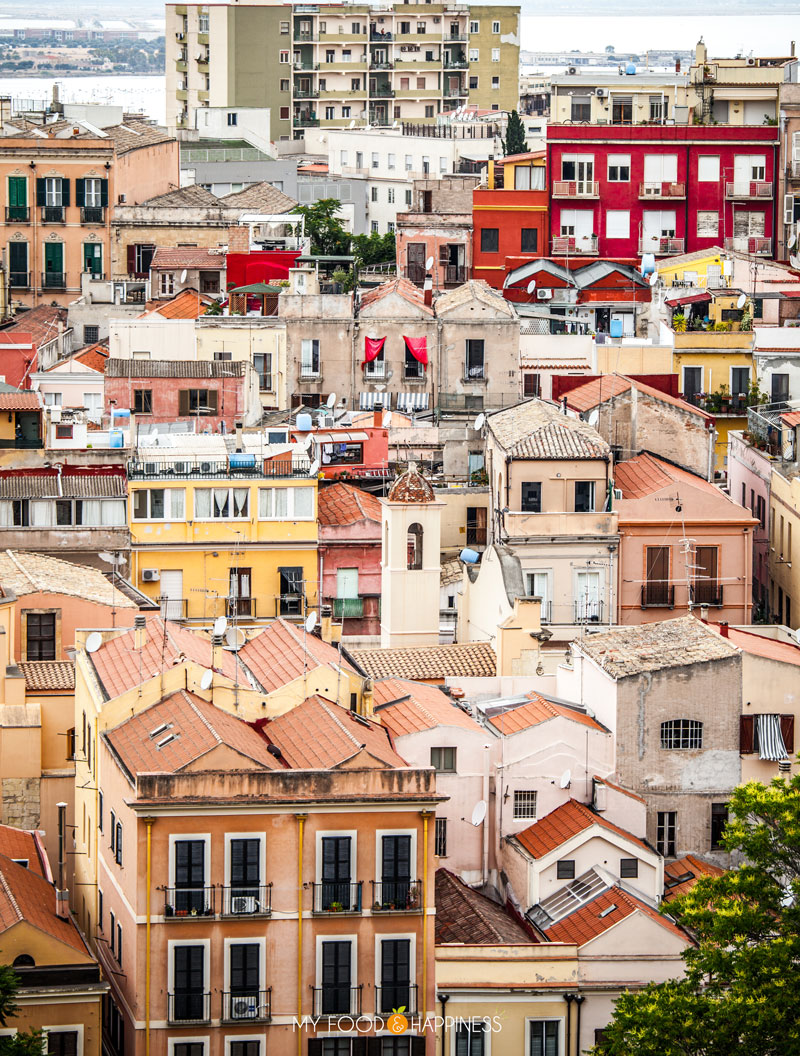 When you reach the southern part of Castello, you will be presented with truly impressive ancient structure, which is a major landmark of the city  – Bastione di Saint Remy. This bastion is part of the fortification that was protecting the city in the past centuries. Once you go up the stairs you will find a massive panoramic terrace/square where you can see more beautiful views of the city. Once you are done admiring this magnificent place, you can dive into the Marina district. 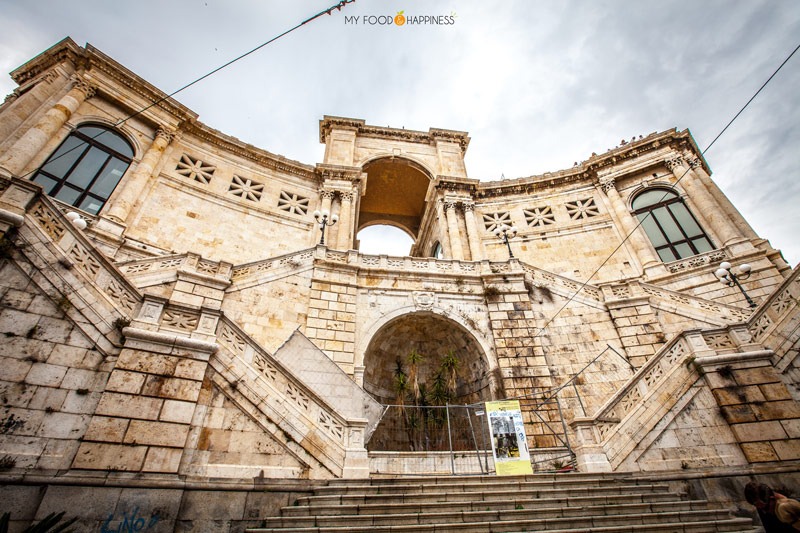 Just between the Marina district and the ancient Castello district is a modern, pedestrian central street – Via Giuseppe Manno. It’s a good place to go if you want to spend some time shopping, but even if you don’t plan on shopping, it is still worth exploring as it seems to be in the heart of the city. 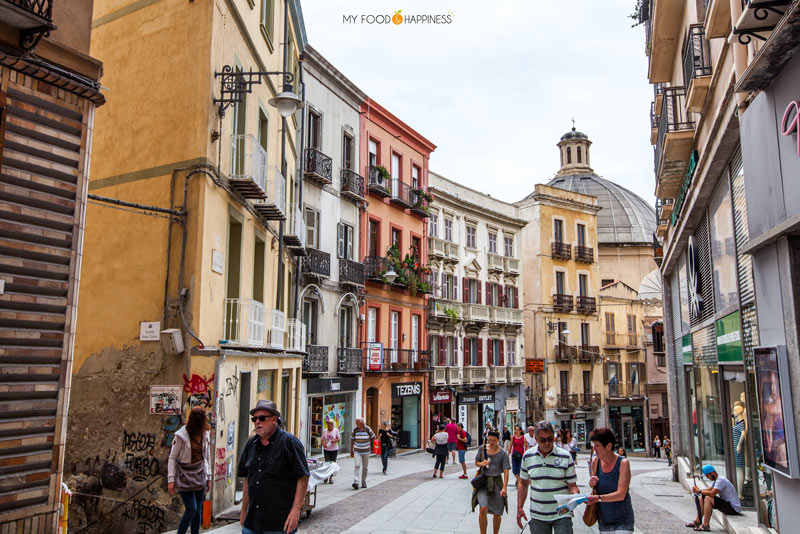 In the Marina you can see more of the colourful Cagliari charm and eventually you will reach the actual Marina of course. Boats, large cruise ships and lots of seagulls, now that’s what I call a beautiful city that truly has it all. 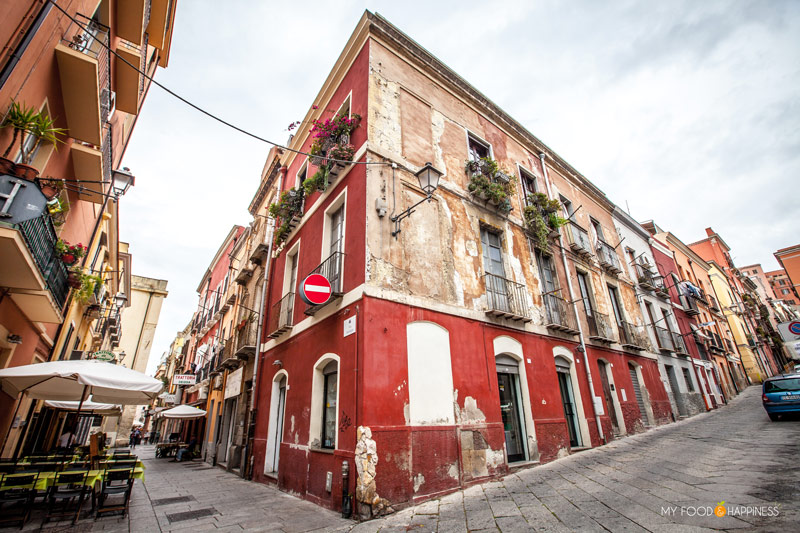 Via Sardegna in the Marina district

The narrow streets of the Marina are full of lots of little restaurants. I can’t guarantee that they all serve good food, but it’s definitely a good place to come and grab a bite. Finally as you go further south, you will reach one of the main streets in the Marina, as well as Cagliari – Via Roma. Here you can see all the boats and admire the area that gives this district its name. 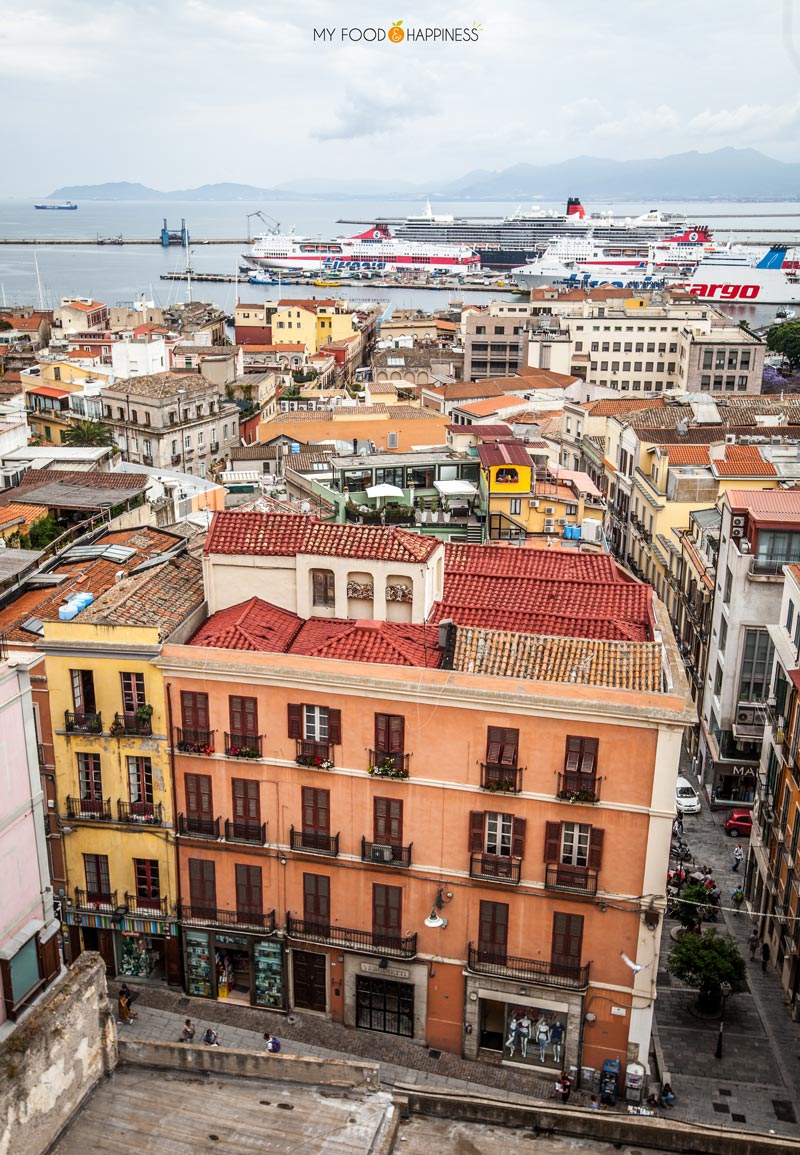 The Villanova district is the fourth main district of Cagliari. It’s another part of the city, famous for it’s picturesque narrow streets, cafes and many colours, but sadly we didn’t get the chance to explore it. This is another reason for me to go back to this city and spend some more time there, but I am happy that I was able to see its beauty even just for a day. How about you, did you get to visit the Villanova district? Tell me what I missed in the comments below!

I hope this post inspires you to visit Cagliari and explore its colourful districts. Here is a map of Cagliari that will give you a good idea how the districts are positioned. I know that when you are in Sardinia, you just want to find the next best beach, but I highly recommend visiting Cagliari! I was truly taken by surprise as I didn’t expect to see such a magnificent ancient city on my beach holiday. 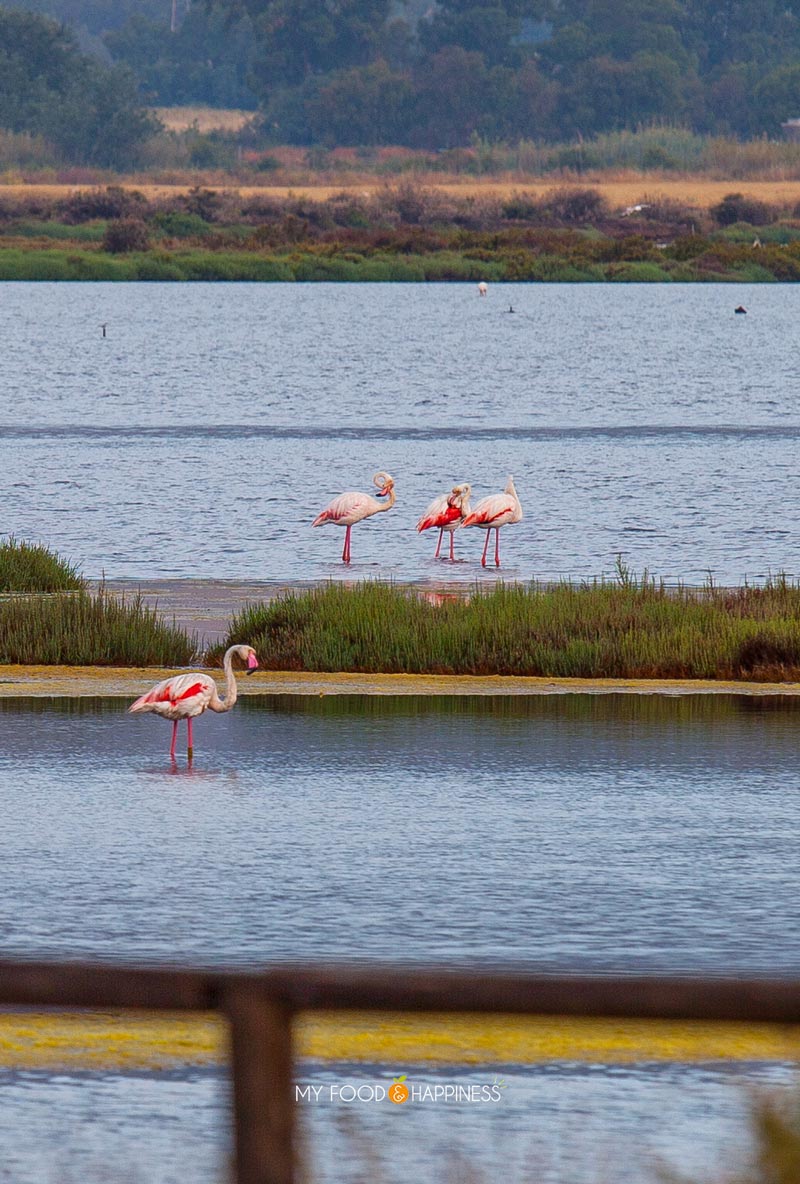