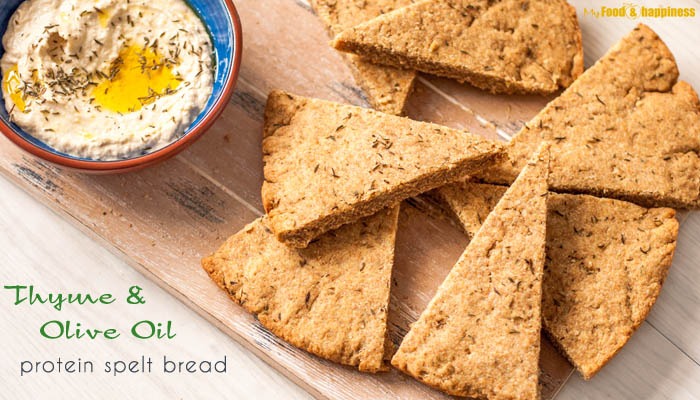 This is it! Yeast-free, dairy-free, wholemeal, high in protein spelt bread that only requires 3 main ingredients! It’s such a simple and foolproof recipe that you will not believe it! This dough recipe can be used for pizza as well if made thinner but I think it makes a very delicious wholegrain bread too.

The three main ingredients in this bread are wholegrain spelt flour, olive oil and fresh orange juice. Yep, orange juice! You also need a bit of salt and your favourite herb like thyme or oregano to make it a truly delicious flatbread. My mother gave me this recipe which she got from a friend but it is a very easy recipe that I haven’t seen anywhere online so I definitely wanted to share it. I try to eat very little bread normally as I want to avoid highly processed carbs but this bread is simple, nutritious and clean so there is nothing to be worried about! 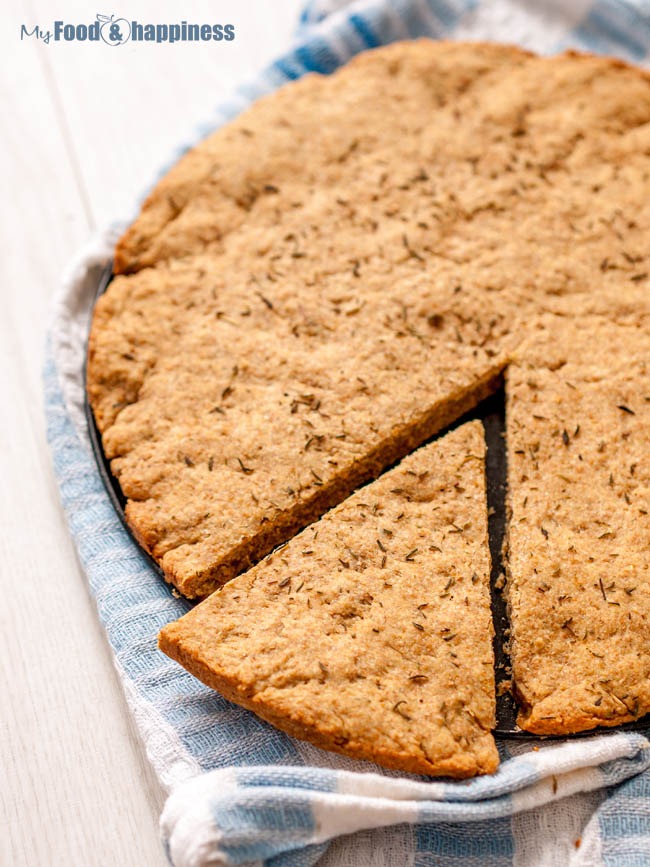 Unlike many other wholemeal breads, the texture is not that dry and is quite moist because of the olive oil in the recipe, it also adds an amazing flavour! As you probably know the fat in olive oil is not something to be worried about as it is a great source of monounsaturated fatty acids and minerals. Check out the COOKING OILS GUIDE if you want to know more about the different healthy cooking oils. 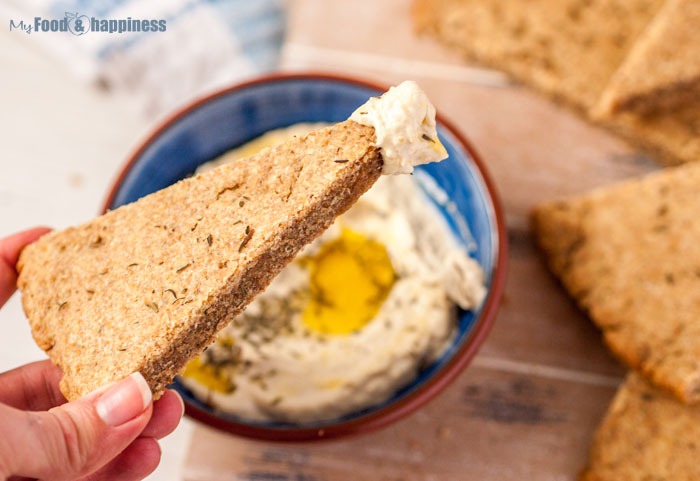 The flour I use is organic wholegrain spelt flour. I love using it in breads and other baked goods as it is significantly higher in protein than wheat flour and it has many other beneficial nutrients. The whole flatbread has about 54 g of protein. Spelt flour is an ancient grain that contains less gluten than other flours and it’s easier to digest. 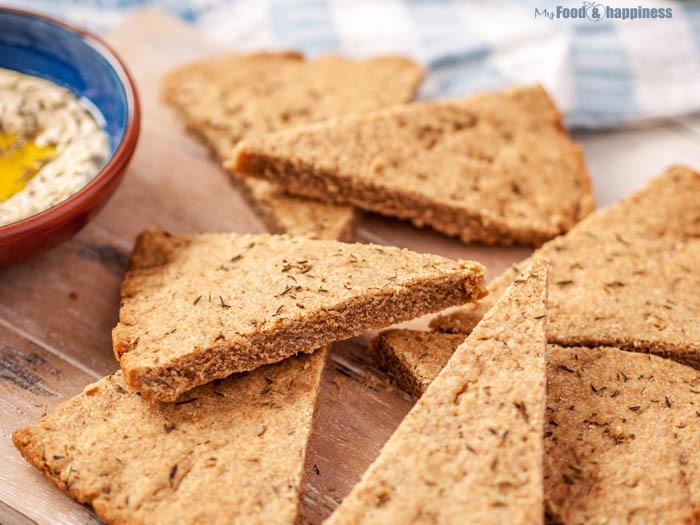 Now let’s get to the most intriguing ingredient of this spelt bread – the orange juice. There are several reasons why orange juice is used instead of just water:

You barely need any preparation for this wholegrain protein spelt bread and it only requires 15 minutes to bake! I love having it with hummus as you can see but it makes a great sandwich too! Amazeballs!

This bread doesn't rise as there is no yeast.

Get a free recipe ebook

We will use this information to stay in touch with you and provide occasional updates and marketing. Your personal details will be stored by our email automation platform - Mail Chimp in accordance with their Privacy Policy & Terms.
« Apple & Berries gluten-free crumble
Is Quorn really a healthy meat substitute? »

GET THE TOP RECIPES

Subscribe to receive a free ebook with veggie and vegan recipes:

We will use this information to stay in touch with you and provide occasional updates and marketing. Your personal details will be stored by our email automation platform - Mail Chimp in accordance with their Privacy Policy & Terms.

SUBSCRIBE TO GET EXCLUSIVE GOODIES + A FREE RECIPE EBOOK

We will use this information to stay in touch with you and provide occasional updates and marketing. Your personal details will be stored by our email automation platform - Mail  Chimp in accordance with their Privacy Policy & Terms.
2 months of this cutie 🧡and golden boy 🐕🍂

Took some pictures yesterday of some pretty mouthw

Happy Easter to everyone in Eastern Europe who cel

Had the pleasure of taking the pictures of these d